God of Destruction
God of Despair

Known as "TB: Exterminate" by his creators, Matazume was created as an artificial Terror Beast and a powerful weapon/defense mechanism. Tests proved him to be a failure, however, as he only passed once and progress had to come to a halt.
This cyborg was powerful, but lacked the ability to control his temper, and therefore had to be terminated.

Termination failed, however, even an explosion couldn't destroy him. He has become more powerful due to his anger, and the desire for revenge will only make him even more so. Efforts have been made to make him change his ways, but all were for naught. He won't stop until he's accomplished his goals.

Years have passed and he now rules over an entire army of Terror Beasts, all of whom were thought to be forgotten. It's uncertain how he met with all of these creatures, but they seem to respect him and will follow his every whim.
Such Terror Beasts include TB: Muscle, TB: Stealth, TB: Neon, TB: Pyro, and a long lost Terror Beast known as TB: Chains. It has been rumored that Pyro, Neon, and Muscle all had past owners until TB: Ex renounced himself as TB: Ultima. TB: Chains has also since been freed from her chains and now lives as TB: Spirit.

Where Lord Ultima and his servants are now, no one knows...But it's only a matter of time until the world is overtaken by these monsters and he has his revenge...


Heh heh heh...So you're curious about me, are you? How adorable! It's a shame you weren't around during my day of glory...The day I destroyed the world in which they lived. But maybe that's a good thing, as you wouldn't be around once I've finished the job! It was glorious...Oh, so glorious.

Do you know what I've been through? Of course not.
I have been through so much torment due to those fools...And now I'm free to do whatever I want. Oh yes...I await the time I find them...And crush them!

What else do you want to know? This screen should say it all.

Name: Terror Beast: Exterminate (code name: Matazume)
Alias: Mata, The Ultimate Terror Beast, TB: Ultima, God of Destruction, The Monster, The End
Gender: Male
Race: Artificial Terror Beast
Likes: Meat, destruction, devouring humans, being feared
Dislikes: Not getting his way, his past, the thought of being terminated, being compared to Zata - his brother
Traits: Entire body is severely burned and won't be able to recover. Has on armor that looks like a flowing jacket, covered in rust from destroyed buildings; Also has armor that looks like a pair of pants and high-heeled boots - The boots may retract their heels at will. Has large, razor sharp claws and multiple rows of fangs in his mouth, of which can rotate and shred anything; Has pupil-less, yellow eyes
Personality: Hateful, destructive, bloodthirsty, vengeful, hot headed, has a soft spot for animals (especially cats)
Powers: Conducts electricity, absorbs and unleashes radioactive waves from tail, flight, mode/weapon changes, transportaion through dimensions, can turn anything into armor/an armored being with a single touch, can mend and control machines
Weapons: Bladed tail, sharp claws/blades, rotating fangs (when face is armored), electricity, nuclear energy
Strength(s): Very durable, powerful physical strength
Weakness(es): Short temper, can't control his powers
Tests Passed: 1/500
Reward(s) for Passing: Meat
NOTE: Radioactivity from tail causes serious damage! Substance is very flammable at even the slightest hint of warmth and WILL become deadly! This creation also has a huge craving for meat; Avoid giving it to him at all costs! Rewarding it to him has been our greatest mistake.

All who see me cower at my feet! 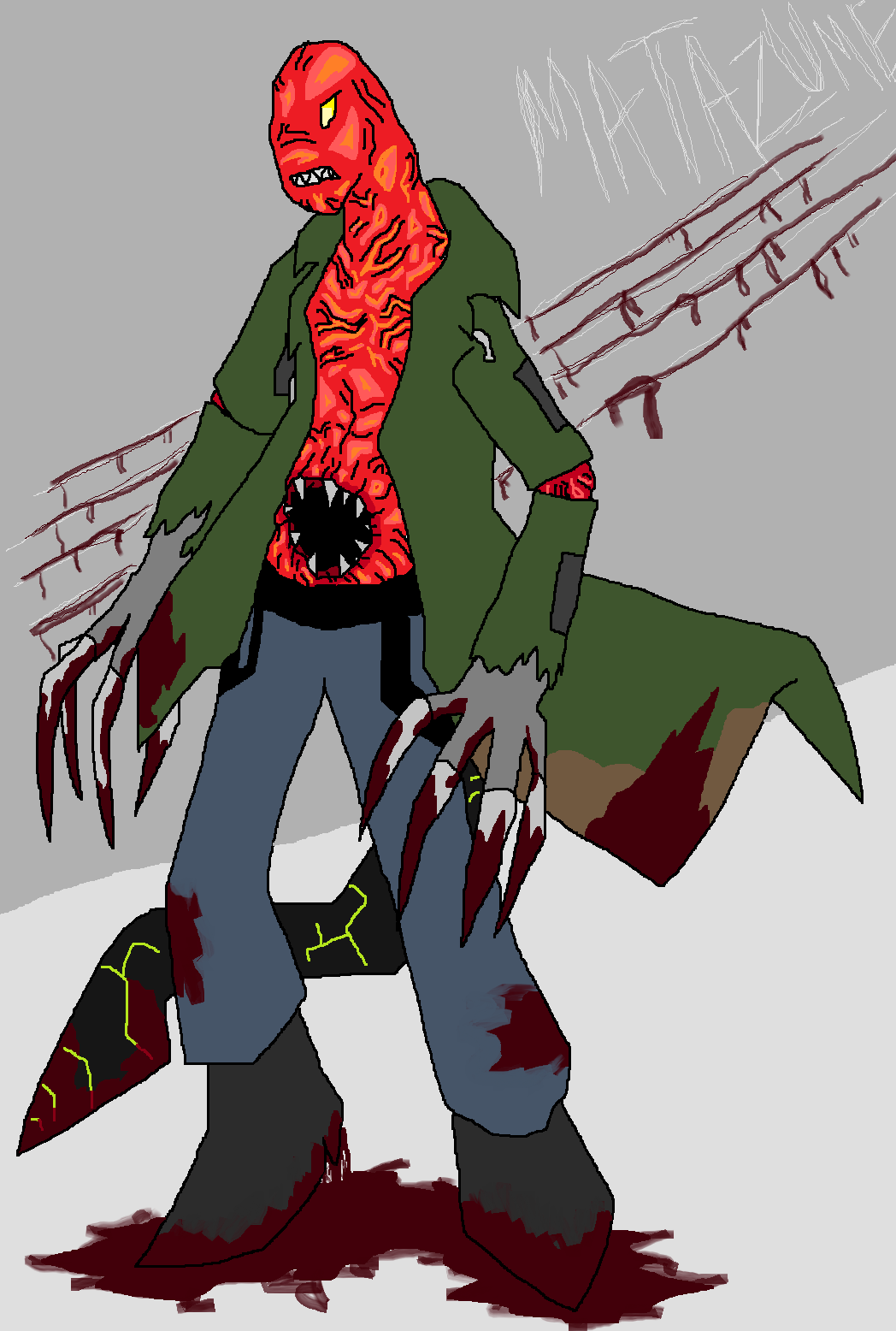 (temporary; Can be seen without the blood) Ah, yes...The most loyal member in my army...How I enjoy being around her, hearing her praising my works...She's always there for me, and I appreciate her very much.

TB: Chains, in reality, was once a young girl who was thought to have special powers, a power to communicate with spirits. People tested on her to see if they could harness her power, but she couldn't handle all the experiments and passed away mid test.

Although she was dead, there was a sense of movement, mainly in her arms and head. They realized that some sort of corruption took over her body during the testing and she was possessed, so they bound her in chains and used some strong metal bands to contain the spirit, and they seemed to have worked, so they buried her.

However, she came back to life, but as a full spirit, and she was sent into the underworld, of which was then ruled by a cruel ghoul known as Ghostoastar.

She was already afraid of other people, however, and tried to escape, but the fiery ghoul sent out his most powerful soldier, Balthazar Von Beelzebul, to capture her. He had just had his son, Beelzeboy, and could sense the girl's fear, so he disobeyed orders and distracted Ghostoastar so she could escape.

This cost him his life, and Chains would never forget him for helping her out, and she ran as far as she could...Then finally found her new liege, TB: Ultima, years later.

After becoming a part of Ultima's party, TB: Chains broke free from her bonds and renamed herself TB: Spirit. The two now reign over the Terror Beasts and enjoy their time together.

After their destruction, I grew more powerful. I became the God of Destruction they so feared! 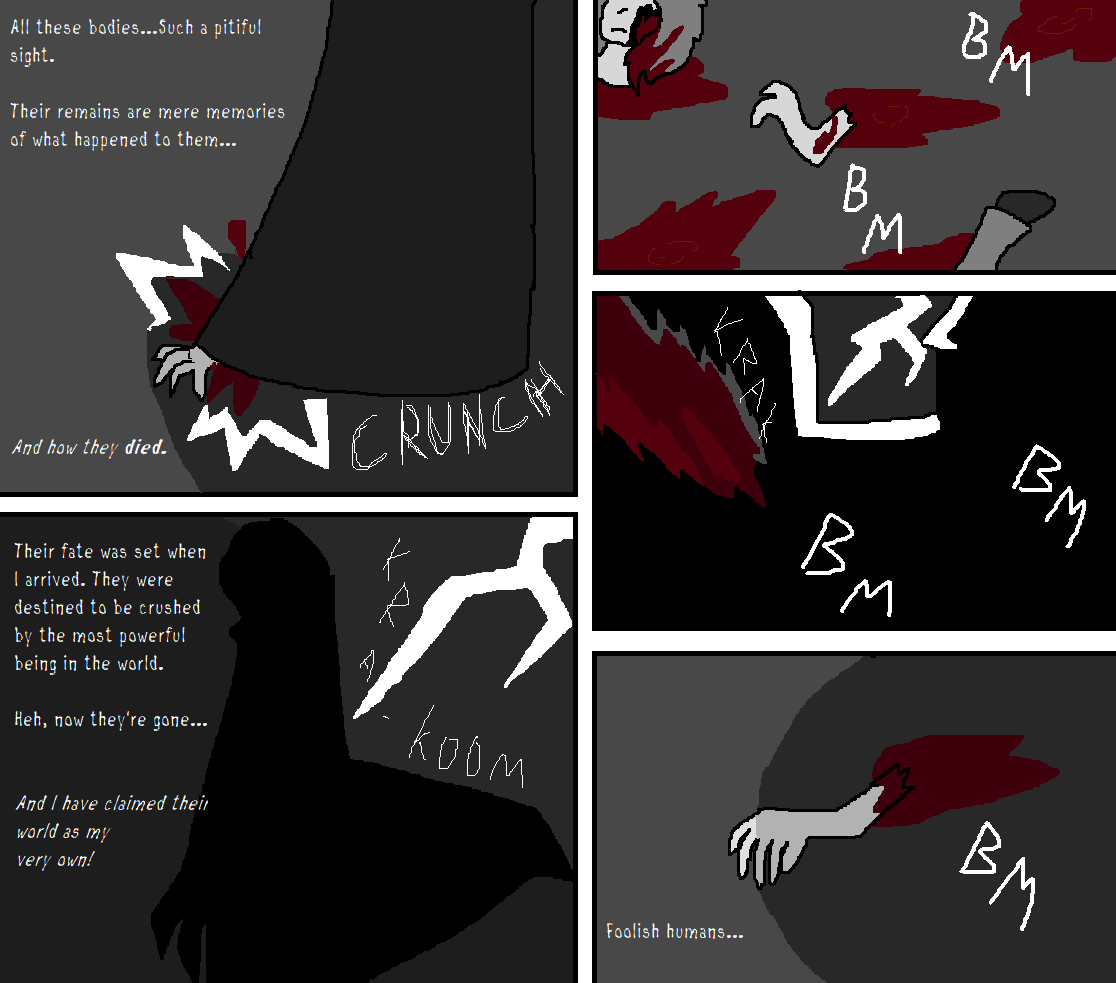 My brother, of whom they wanted me to follow. They say he's a god, but so am I...And because of that, I'm just as great as a threat. Only I deserve the respect of you fools! 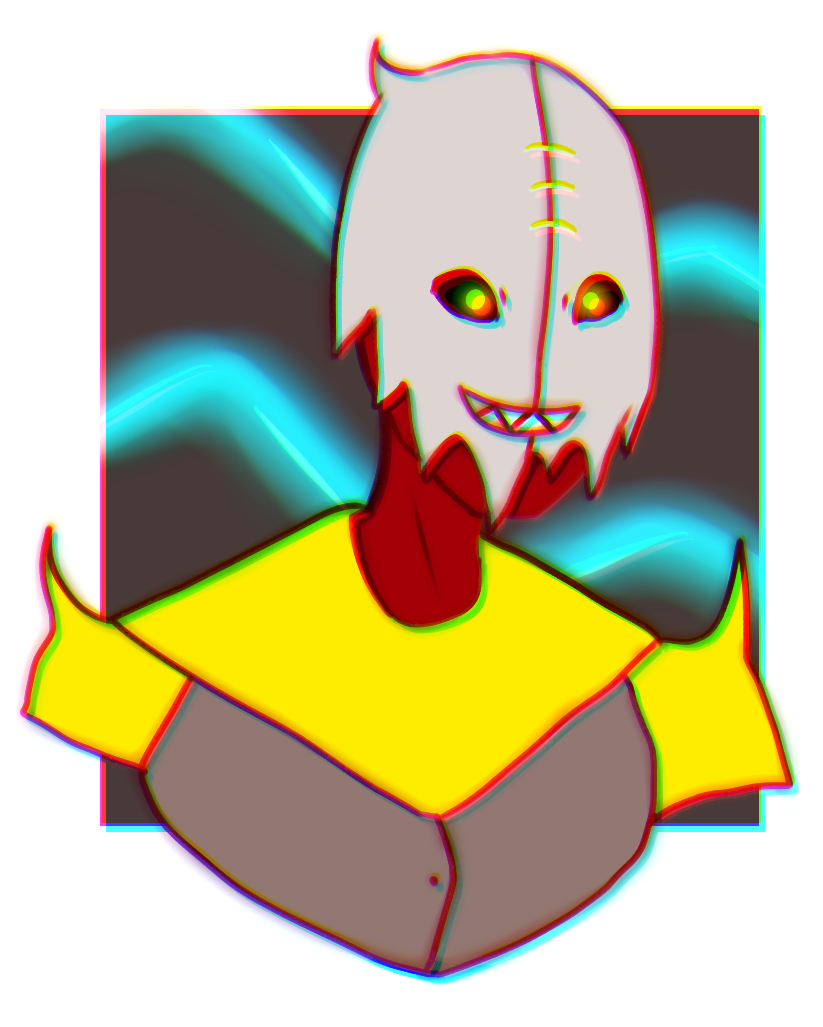 Feel free to return if you want.